Still time to save the Graniteville wetlands and our homes (commentary)

By Ed Szczepanski and Paula Segal

STATEN ISLAND, N.Y. — If you lived on Staten Island when Hurricane Sandy hit, you will never forget the devastation. Those who lived in Graniteville likely remember feeling relieved that their homes were mostly unscathed, our streets never flooded.

It wasn’t just luck that spared the neighborhood. The Graniteville Swamp and wetlands shielded the community from the horrific storm. Tall trees helped block the winds and absorbed the rising water. Nature protected Graniteville.

But if developers and shortsighted politicians have their way, the wetlands that saved Graniteville will soon be destroyed to make room for a strip mall and big box store and gas station. In a neighborhood that increasingly is being invaded by unchecked and poorly planned development, developers are planning to build a BJ’s store — plowing down the very trees that saved Graniteville from Sandy. 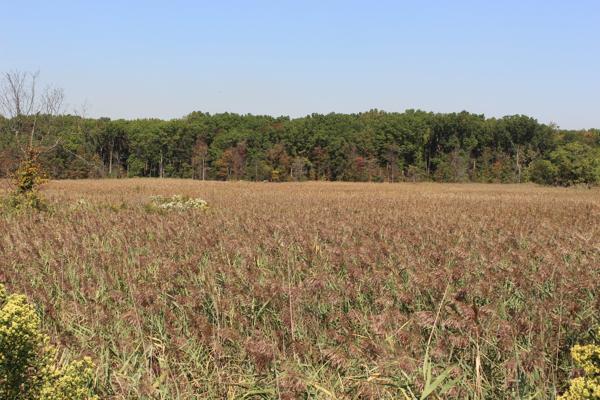 Without the natural buffer of the Graniteville wetlands, homes will be at risk during the next big storm. There is no doubt that waters will rise and flood our community. If, as a result, FEMA redraws the flood plain maps, residents are forced to get flood insurance that currently isn’t required, homes will suddenly be unaffordable for many neighborhood residents.

One condo community, City West, estimates that flood insurance for the common areas and building exteriors would run about $1,000 per unit per year. That would add up to $206,000 and a special one-time assessment charged to residents along with a monthly increase to their condo fees! That’s on top of the cost for unit owners to insure the inside of their homes, which is estimated at $500 for a two-bedroom unit.

It’s not too late to turn things around. While the City Council voted to allow re-mapping of streets and changes in the zoning that are needed to allow the developer to build as proposed, the City Council does not have the final word here. New York state has jurisdiction over the wetlands — not the city.

To build in the wetland, the developer will have to get permits from the New York state Department of Environmental Conservation (DEC). These permits have not been issued — or even applied for. Once the developer applies, there will be a public hearing and the DEC will have the obligation to accept testimony from anyone who offers it and the power to deny the owners permission to pave the wetland.

Together, Staten Islanders can stop the strip mall construction. But we need your help.

We encourage Staten Island residents, especially those on the North Shore, to join us in petitioning the developer to withdraw its plans to build and BJ’s to withdraw its plans to use the buildings. The Coalition to Save Graniteville Wetlands and Forests is organizing weekly events to raise awareness and to pressure the state to stop the BJ’s project. On weekends, some residents are passing out leaflets at the BJ’s in Linden, N.J., where many Staten Islanders shop. BJ’s management has not yet committed to the Graniteville site. The developers are counting on them as tenants. If they pull out, the project should collapse.

The coalition is holding rallies and educational forums to raise awareness. Even if you’re not able to attend an event, you can raise your voice by signing the petition to stop the strip mall.

If you’re thinking that it’s too late, you’re wrong. In fact, now is exactly when we need to join together — before the developers even apply for permits to build in the wetland.

We can pressure the developers who want to rent to BJ’s to withdraw their plans. We can make sure that the state knows we oppose them. We can stand together, armed with the lessons we learned in Superstorm Sandy, to keep our protective wetlands intact.

United, Staten Islanders can beat back the attack on our wetlands — which ultimately threatens our homes and our way of life.

We can save the Graniteville wetlands and adjacent forest — but only if we stand together and demand that our public officials prioritize the needs of our community over the profits of big businesses.

(Ed Szczepanski is president of the City West Condo Association and has lived there for 25 years; Paula Segal is with the Community Development Project at the Urban Justice Center and represents Staten Island residents fighting to save the Graniteville wetlands)

Weekly actions for Graniteville Wetlands. Join us on Saturdays at South!