The Coalition for Wetlands & Forests Presents a Karaoke Fundraiser at Liedy’s Shore Inn.Proceeds benefit the Coalition’s efforts to save The Graniteville Wetland.

Writers, researchers, environmentalists, media people, artists, lawyers, (to join committees and interpret documents for everyone) landscape architects, architects, engineers, people handing out flyers and petitioning and those willing to do foot work. If you know someone who might be interested in working with us, in these ways, please invite them to the next meeting, or keep them abreast of what is needed and when it is needed.

Please add your name to the committee where you gifts, experiences and talents lie:

Over 40 people attended Staten Island Coalition for Wetlands and Forests (SICWF) Community Forum “Flooding and You” on Saturday April 28 at the Mariners Harbor Library.

The goal of the forum was to raise awareness of the the proposed destruction of the Graniteville wetlands and forest on South Avenue in Staten Island and the impact on flood maps and the environment of the surrounding areas.  A BJ’s Wholesale Store is currently planned at the site.

Speakers included James Scarcella and Tony Rose of National Resources Protective Association (NRPA) and SICWF leader Gabriella Velardi-Ward. They discussed the history of the site, and what had been done in recent years to help protect it from development, prior to the rezoning to the city to clear the path for the big box store.

“In this age of climate chaos, we need this wetland and forest to protect us.  Scientists are finding that the best resiliency plan against climate change, is not a wall but soft resiliency, that is wetlands, marshes and forests.” stated Velardi Ward.

During the 2 hour event, participants raised concerns about the high cost of flood insurance for surrounding homeowners and those who live in the adjacent trailer park.  Participants also shared concerns about the impact of pollution from New Jersey plants as well as the highway and airport traffic on this environmental justice community.

SICWF member Eloise Calderwell stressed the point that there is nothing man-made today that can replace the protection what nature provides to protect from pollution and flooding.

Attendees were asked to write the Governor Andrew Cuomo to protect the wetlands and help the group meet its 1,000 letter goal, to share information with neighbors, and join the coalition every Saturday on South Avenue from 11am-1pm.

The next SICWF meeting will be at the Reformed Church of Staten Island 54 Port Richmond Avenue at 7pm.

“Flooding and You” A community forum.

What good is BJ Wholesale on South Avenue,when Graniteville homes are flooded? It’s not a done deal! Here are 3 ways to help:

3. Donate to help.
Visit sicwf.org and donate to our gofundme campaign.

The controversial plan to build a BJ’s wholesale Club and several other retail outlets on South Avenue is moving forward. But some say the move will put nearby residents at risk of flooding since the construction would disrupt nearby wetlands.

Written by Anthony Pascale. Read more from the article: https://bit.ly/2D85p5x.

Join the SICWF in showing its opposition to the destruction of Staten Island Wetlands in Graniteville.

The goal of the protest is to raise awareness of the fact that the current owner of the Graniteville Wetlands planning to destroy precious wetlands and lease to BJ’s at the expense of the health and safety of the local residents.

The cost to the residents will be increased traffic and risk of flooding, as well as prohibitive costs for flood insurance. 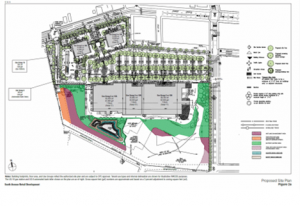